The future of text

On the occasion of The Future of Text Symposium in November 2020, I was asked for a video presentation starting with the sentence “The future of text is…”

The future of the text is the very next moment.

The future of text is the words we will choose.

It’s up to you what to do with language. In every moment and the next, we create text. Text is language, designed. Spoken or written, performed, sent to someone by whatever medium, addressing an audience – a target group, if you will – addressing someone personally, or the public.

At that building over there, a president of the United States of America said soon to be famous words more than 50 years ago. Four words, with which he concluded his speech to the people of this city, went around the world. Those words made a change. They built up trust and much more than that. They secured peace and prosperity.

And now think of the kind-of-still-current president of the US, and think about what this person is uttering since 2016, and how this influences the tone around the globe.

The damage is beyond belief. The damage done to what we agreed on about how language should be used is immense. It will take time, and a lot of effort, to make consensus and common sense work again.

How will we actually shape the future? Will we speak, and write, and listen for the sake of truth?

Language is our most powerful tool to create magic and meaning. With language, we bring poetry to our lives, and we make politics a productive means of improvement.

It’s us, every one of us, every day, who shapes the future with text. 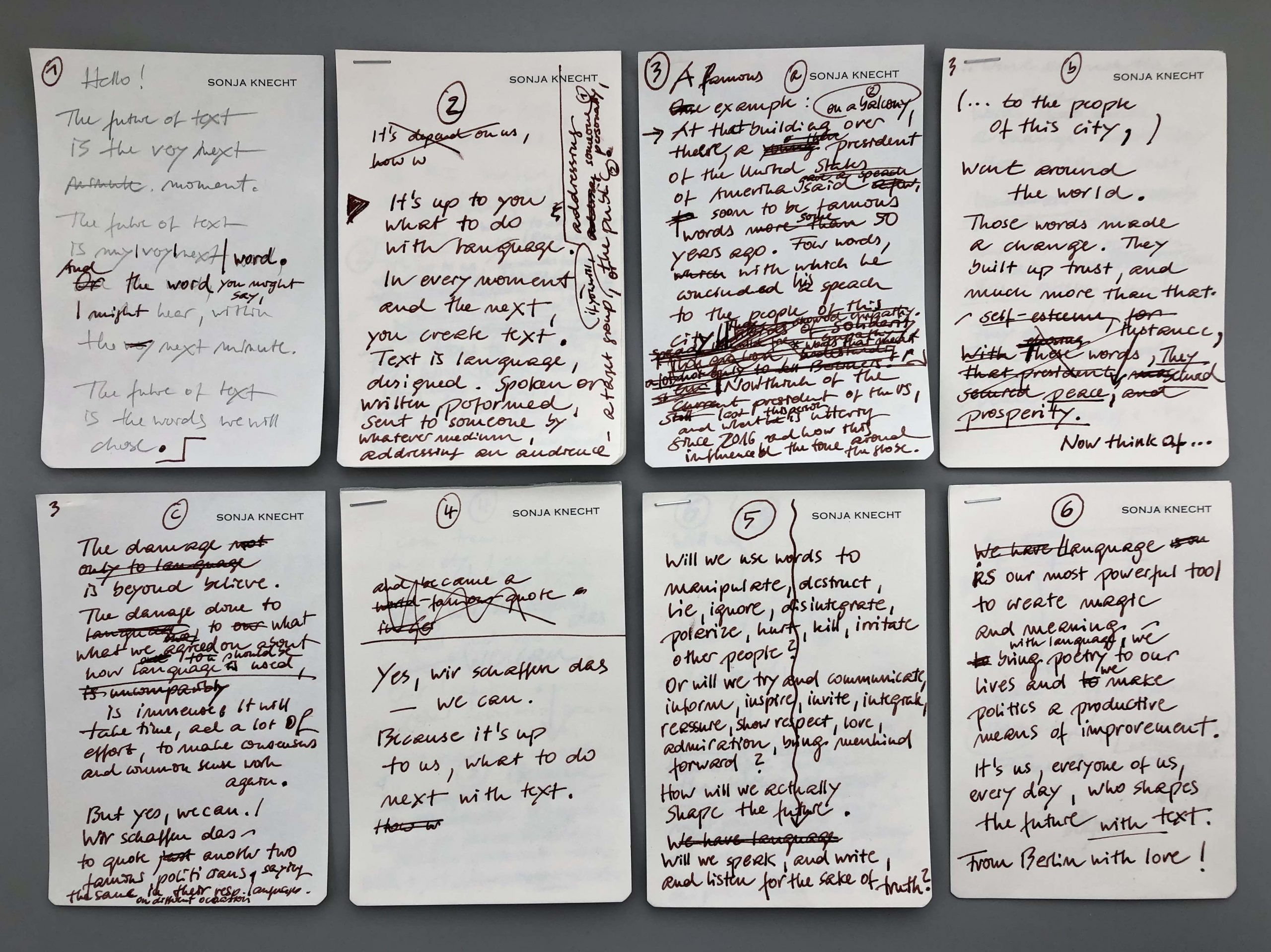 The Future of Text is a project by Frode Hegland, London; flanked by Vint Cerf, Internet. The core of the project is a collection of essays – more than 150 experts from diverse fields related to text sharing their perspectives, their findings, and dreams. This huge collection is available as a digital archive and print-on-demand; the book was released on 20th November 2020 at the 9th Annual Future of Text Symposium. A recording of that event (70 participants) and 12 video presentations (of 3 min each) are available. As a platform for exchange and learning, The Future of Text is constantly upgraded.

My contribution to the Future of Text book is this essay.