Hans Eduard in the sun

It is remarkable how happily old type designers become. Like piano players, working with their hands, their profession seems to constantly stimulate their minds in a balancing, felicitous way.

Hermann  Zapf passed away in 2015, aged 96. His wife Gudrun Zapf von Hesse is currently having her – as far as I know – very first solo exhibition at the Goethe Museum in Frankfurt am Main, Germany. She will be 100 next year in January, and she is expected at the opening in Frankfurt tonight. Do you remember Ferdinand Ulrich’s talk about Gudrun Zapf von Hesse’s life and work at TYPO Berlin 2016? Particularly the short interview film he included? Frau Zapf looks like a strong, healthy lady in her seventies. Like her husband, she has been disciplined and productive all of her life (only interrupted a little more than him by having a son).

The amazing Zapf couple are just two of those impressive old-timers in type design. Georg Salden was born in 1930 and is still busy having his type families expanded, reworked and digitized together with Ludwig Übele in Berlin; English type legend Margaret Calvert, born 1936, works in her London studio, gives interviews and travels occasionally, contributing a wonderful talk to the Raabs conference in Austria in 2014. And there are more.

And there was, until recently, a certain Hans Eduard Meier.

A Swiss surprise under Brazilian sun

One of my special mentions or “menções especiais”, when documenting the ATypI (Association Typographique Internationale) 2015 conference, which took place in São Paulo, Brazil, went to a Swiss speaker, whom I previously did not know, who spoke about a typeface designer I had previously never heard of. The former’s name was Erich Alb and his homage was to Hans Eduard Meier (1922–2014).

The way Erich Alb described the life and work of an obviously very modest, decent, but nevertheless most influential Swiss type designer, was touching and impressive. It came alongside other sad and beautiful homages we had that year, such as Sumner Stone’s on the late Hermann Zapf.

The title of Erich Alb’s talk “The Challenges of Hans Eduard Meier” was very understated; at the same time though, completely suited to his Swiss personality. Hans Eduard Meier suffered from severe back pain well into his seventies, when he finally underwent surgery. From very young to until almost his last few days he seemed to be happily productive, quite unimpressed by success or non-success, showing an unabated working enthusiasm.

Two bottles for a world-famous logo

Success was not to be expected when young Hans Eduard started off. A quintessential episode: He once undertook a very long, exhausting swim to an island, only to swim back again immediately because of heavy rain starting to pour down the moment he arrived. “Through all his life, he failed in many such attempts”, noted Erich Alb. As a young man, Hans Eduard Meier designed the world famous Hilti logo and earned two bottles of beer for it.

Several times, Hans Eduard Meier started off to promising new shores – and reached them very late in life: At age 82 he invented what became the official school script in Switzerland (“die ABC-Schrift”); at 90, after eye surgery, Hans Eduard Meier finalized his typeface Meier Kapitalis. It was released one month before he died.

Starting in the year 1955, Hans Eduard Meier created 14 font families during his lifetime. With his typeface Syntax and his book “The Development of Script and Type” (now available in German/English/French, originally published in 1959 under the German title “Die Schriftentwicklung”), Hans Eduard Meier made major contributions to type design. Meier’s Syntax belongs to the four most used Swiss typefaces (you can guess at least one of the other three).

Erich Alb illustrated this with a phenomenal “infographic” of four snowy mountains, waving a Swiss flag live on stage in Brazil.

The four most successful Swiss typefaces 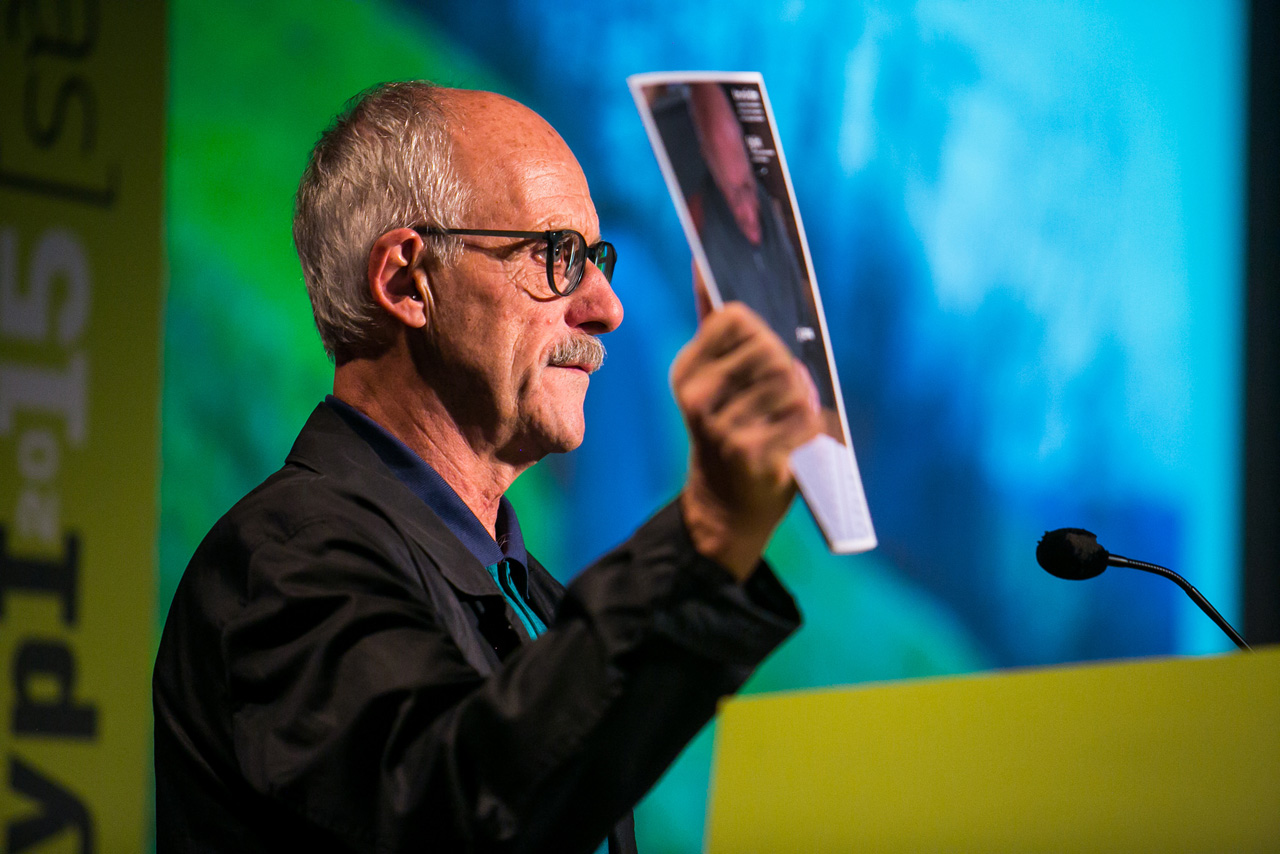 An act of dignified and slightly rebellious remembrance: Erich Alb holding up a picture of his former teacher Hans Eduard Meier

Is there a better way of living your life, one day at a time?

Erich Alb’ personal memories of Hans Eduard Meier were as impressive as Meier’s type achievements: His workspace always was in the same perfect order, always – except for one wall. This wall was full of pictures, little notes and other memorabilia from his family. Hans Eduard changed it every month. It was the only thing he changed. As long as possible, there were no changes in his daily working and walking routine.

While working, it was important to Hans Eduard Meier to have a view out of his window, a window to nature. Next to “the computer window”, as he called it.

In June 2014, on occasion of Erich Alb’s last visit at Hans Eduard Maier’s home, the shutters of this window were closed. They were closed for the very first time, said Erich Alb, as far as he remembered.

Shortly after that, on 15th July in 2014, 92 year-old Hans Eduard Meier went for his last walk. Into the light. Into a sky full of letters?

ATypI speaker Erich Alb (born 1945 in Zurich) is a typographer, book designer and publisher who keeps the archives of Swiss type designers. He was a scholar, assistant and friend to Adrian Frutiger, André Gürtler, Eduard Hoffmann, and Hans Eduard Meier. 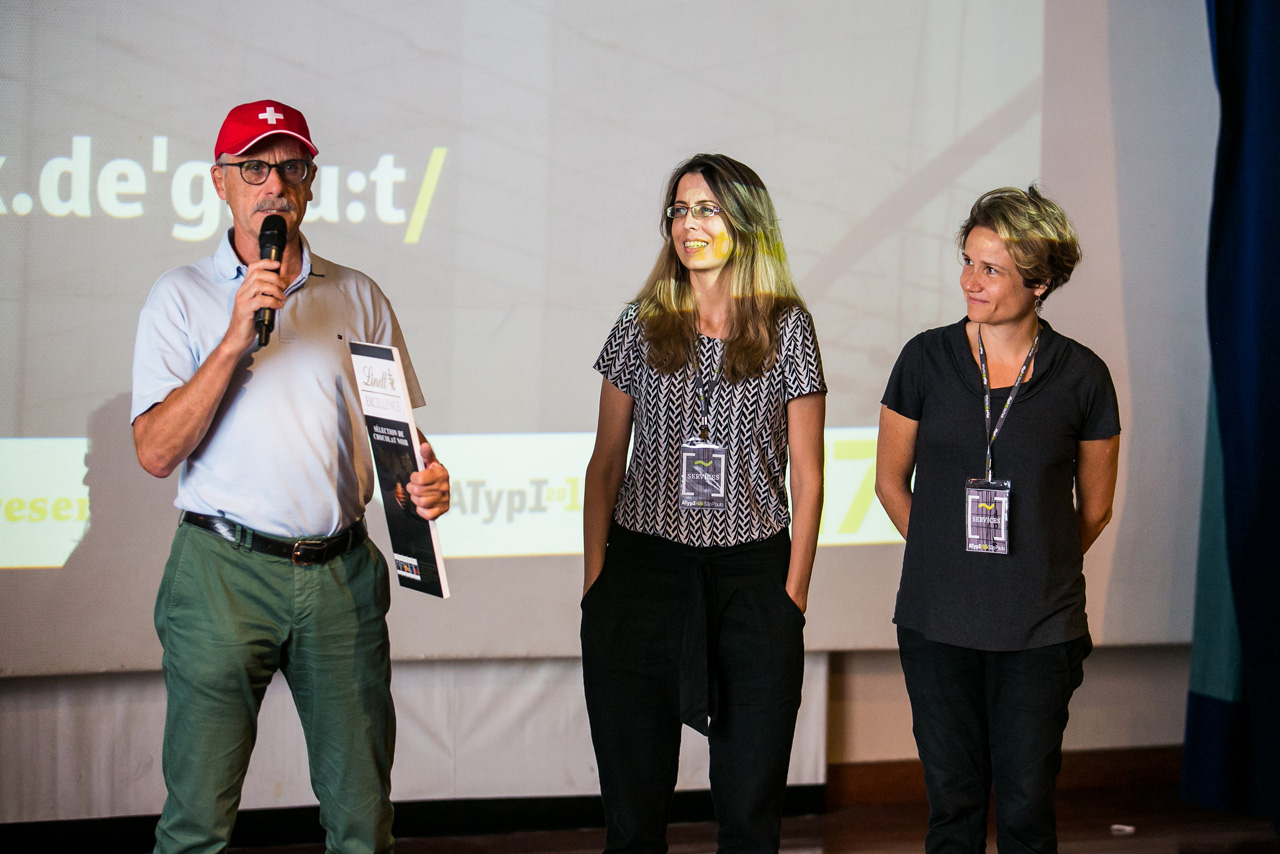 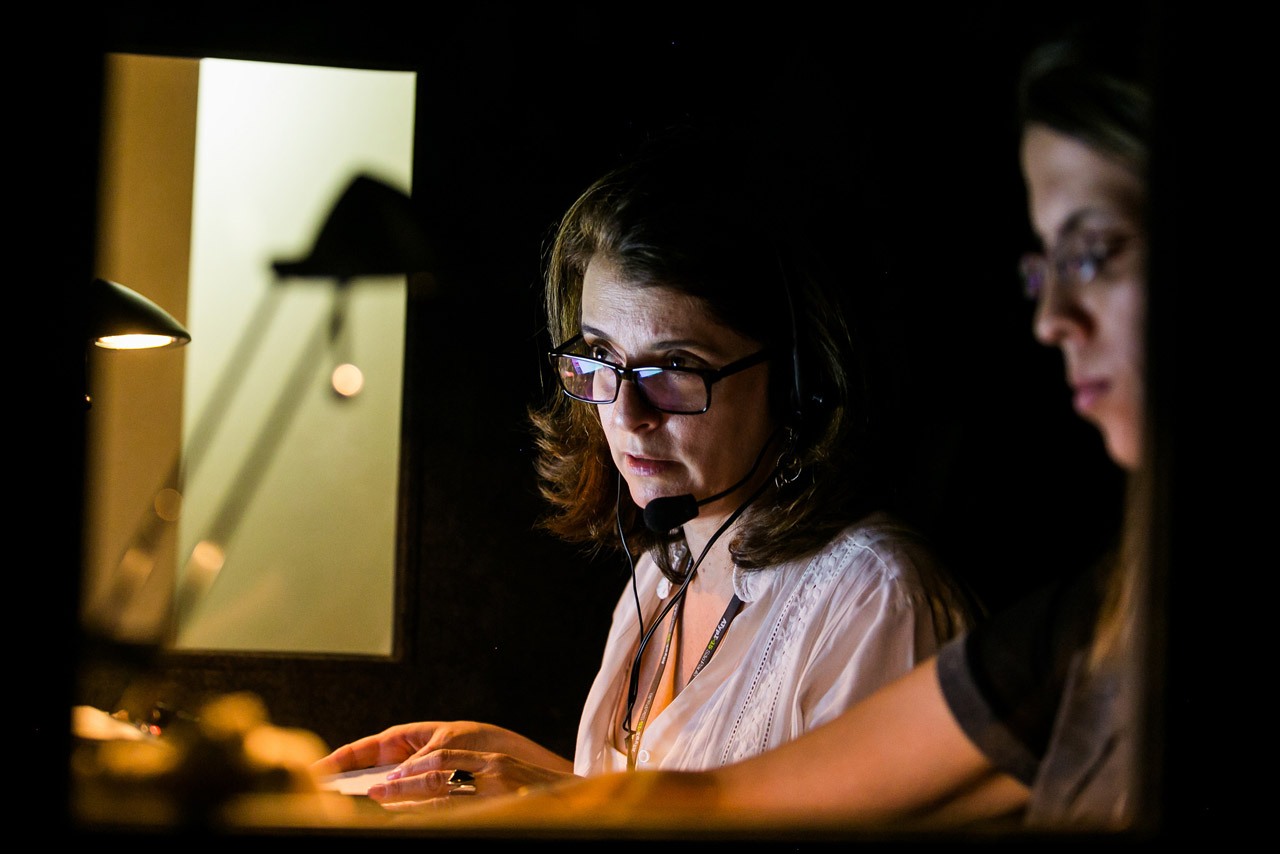 This is only a small excerpt or rather, a little extra to my extensive report about ATypI’s 2015 conference. For the first time in their history since 1957, they brought their international annual gathering to the Southern hemisphere: under the tropical Brazilian sun we enjoyed days and nights packed with type design knowledge and inspiration, coloured by local atmosphere, arts, and kindness. Please enjoy my full report, published on 14 and 15 December 2015 on TYPO News:

This year’s ATypI conference faced a shift towards a new pragmatism about designing and marketing type: no signs of resignation, but good ideas and some (black) humour mark the trend in discussing the business.

Along with this year’s shift towards discussing the business, ATypI visitors could indulge into the colorful, vivid type design culture of Brazil and neighboring countries. Plus, some speakers displayed extreme – or is it basic? – thoughts about working ethics. 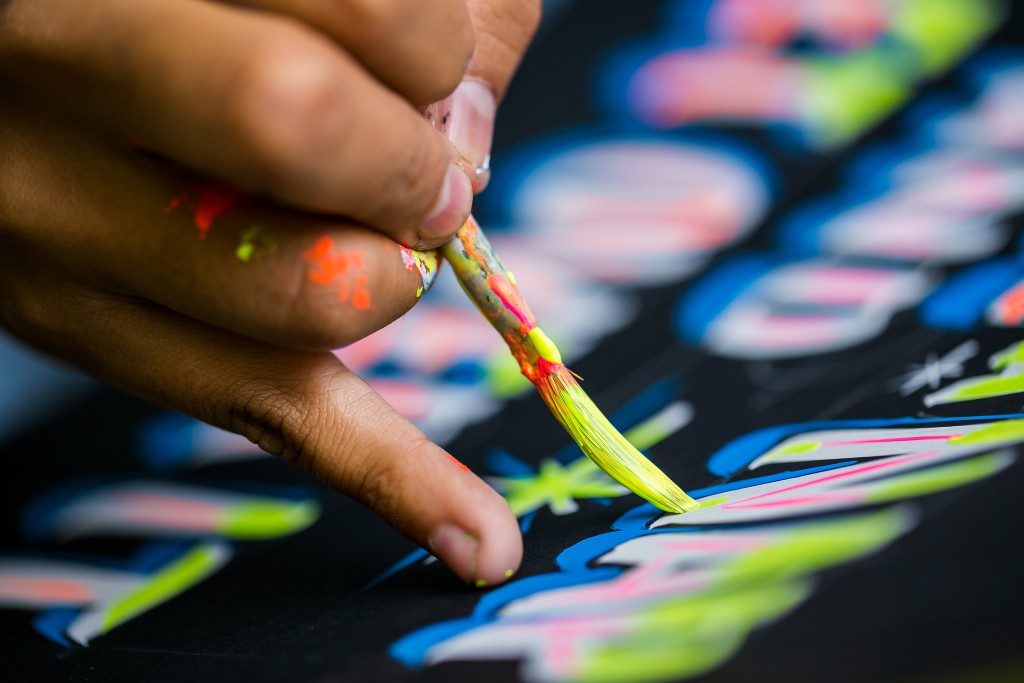 The pictures showing Erich Alb, the interpreters and the conference atmosphere in São Paulo are included here by kind permission of ATypI’s Henrique Nardi, their photographers in São Paulo being Luke Garcia and Andre Hawk. The other pictures I took during the talk.